ATT
FLOOR SANDING
Bringing Wood Floors Back To Life Since 1998

Using quality products sourced from within the EU, ATT Floor Sanding pride ourselves on getting the job done right and always strive to exceed customer expectations. Contact us by Email, Phone, Messenger or via the Contact Form for a free no obligation quote.

Welcome to my blogs, these blogs attempt to give you information about the work I do and useful information on how you can keep your floor in good condition and how to sand and prepare floors yourself ...If you would like to ask questions please log into the website via the register tab and add a comment using the comment box. You can comment on individual blogs aswell if there is a question you wish to ask about a certain procedure or floor. I hope you enjoy my blog!

The Brittany floor set up

It saddens me that a contract I worked so hard on to make the floor look good from a loose , dirty floor with big areas missing.


The client did not want to spend any money on more blocks , told me to make it stable so it's secure only, as she won't see it under a unit. You do as the client asks.

Then in cahoots with another floor sanding company who was and is trying to take me down since he arrived in France. Looking back I should not have believed them and not taken the floor on but in all honestly she seemed like a perfectly nice person.


She was shown the floor before, during and after and was shown round the floors before signing a completion statement, and paid in full.


The contract was 5 hours away and I told them several times to ring me tonight or tomorrow if there was any problems.


Nothing for some weeks later.

She did not have a problem even on returning home to the uk 10 days later where we talked several times about her journey home etc, nothing but good things about the floor at that stage.

Then she demanded 100% of the money back even the filler, contract price and the labour of two people for 7 hours each work to remove the carpet, concrete and glue.

I know I have been set up by the owner of aforementioned floor sanding company , with his wife phoning up for a Devis, himself, pretending to be someone else (tony) and sending me photos of floors under different names.

This is a warning to everyone to get documents signed at every stage so the client or contractor does not change there minds later and use it against you.
I apologise to everyone who has honestly left me a review and now has been tarnished by Caroline. And'
he must not be named'.

I have tried to remain silent for as long as possible and will continue to do so but this record needed to be set straight. 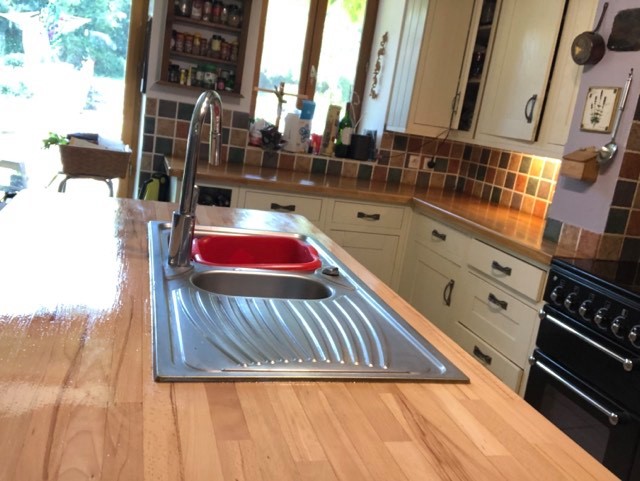 Hi, my name is Ben and I have been sanding floors since 1998. I have sanded all types of floors from engineered pine to floorboards which are in excess of 300 years old. My work takes me all over the UK and France so I have experienced a lot of different types of floors and finishes. Floors can nearly always be brought back to life, so even if you think you floor is beyond help or repair get in touch with pictures of your floor via the online quote service and see what the options are for your floor.